Immediate implantation and full-ceramic restoration in the maxillary anterior region

Implant-supported single-tooth crowns in the aesthetic zone are a special challenge, particularly when immediate implantation is planned—if there is insufficient bone volume and a thin biotype. A whole chain of critical factors need to be considered here, including implant positioning hard- and soft tissue management and the natural design of the crown. These days, a number of digital methods are available to simplify the process and make it safer. Depending on the initial situation, that is maximum aesthetic demands, however, many dentists prefer analogue methods, as in the following example.

A young female patient with full-ceramic crowns on teeth 12 to 22 presented at our clinic desiring bright and natural new restorations (Fig. 1). Her medical history was unremarkable and her gingival type was classified as thin. Tooth 11, which had undergone root canal therapy, could not be saved and would have to be replaced with an implant owing to a weakening of tooth substance, resulting from excessive cavitation as part of post-endodontic restoration (Fig. 2). In addition, the existing crown kept coming off owing to the poorly retentive design of the abutment.

In order to obtain the most accurate assessment of the initial situation, the dental technician photographed the patient in his laboratory. Using the photograph and initial models, he defined the shape and colour of the planned restorations and carefully analysed their position in the arch for the temporary restoration (Fig. 3). Based on the data obtained, a temporary bridge was fabricated for teeth 12 to 21 once tooth 11 had been extracted.

In order to extract tooth 11 with as little trauma as possible, the surgeon first severed the periodontal fibre system with a periotome (Fig. 4) and expanded the coronal alveolar gap with piezo-surgical instruments. First, the crown was luxated and extracted with extraction pliers, then the root, again with piezo-surgery, a sharp lever and diamond pliers. This revealed that the thin buccal bone lamella was connected to the root (Fig. 5). The osseous margin of the alveolus was examined carefully with a periodontal probe (bone sounding).

Despite a lack of bone wall, an immediate implantation as planned was to be performed according to the protocol of the University Medical Center of the Johannes Gutenberg University of Mainz, Germany.[8] With the aid of the guide prepared in the laboratory; the positions were marked prior to preparing the implant bed (Fig. 6). Pilot drilling and further drilling steps were performed by the surgeon without a guide and with drill extension for optimal cooling. Insertion of the implant (CONELOG, CAMLOG; 3.8 mm diameter, 13 mm length) was also performed without a guide (Fig. 7).

Correct 3-D orientation of the implant was checked with the final drill and using the drill guide. The buccal implant shoulder should be 3 mm apical of the marginal soft tissue and distinctly palatal to the dental arch (Figs. 8 & 9). This ensures that the subsequent implantsupported crown can be screwed in palatally. The gap between the implant and buccal soft tissue was filled with bone material. This was a mixture of autologous bone gained during preparation. Granular autologous bone harvested from the retromolar area and bovine bone augmentation material were used to prevent resorption (Figs. 10 & 11).

In order to obtain the best possible soft-tissue conditions in the sense of a thicker gingival type, the surgeon harvested a connective-tissue graft from the palate. Using the tunnel technique according to Azzi,[9–11] this was pulled between the bone granulate and the buccal soft tissue and fixed with a monofilament, nonabsorbable suture material (Fig. 12). Then a CONELOG wide-body healing cap (4 mm height) was screwed in and the temporary bridge cemented (Fig. 13). This supported the soft tissue, but did not contact the healing cap, so that the lower section of the pontic could be cleaned with super floss. Figures 14 and 15 show the post-operative X-ray and the situation at the check-up one week after immediate implantation.

After three months of implant healing, the periimplant and periodontal tissues were ready for final impression taking (Figs. 16 & 17). To this end, double 0 sutures soaked in glycerine were placed in the sulci and the preparation borders placed slightly subgingivally as part of final fine preparation. Then a thicker retraction cord, strength 0, soaked in epinephrine was placed (adrenaline; Fig. 18). The healing cap was unscrewed (Fig. 18) and a CONELOG impression post for open trays screwed in (Fig. 19). Impression taking was performed after drying and removal of the thick retraction cord (Fig. 19) in one step with an individual open tray and a two-phase polyvinyl siloxane (A-silicone). Following arbitrary transfer of the occlusal relations with a bite fork, facebow and bite registry, the healing caps and temporary bridge were reinserted. A temporary crown was fabricated for tooth 22 (Fig. 20). The marginal gingival in the region of the implant had to be moved slightly in an apical direction with the definitive restoration owing to the excess tissue.

Fabrication of abutments and final crowns

Using super-hard plaster, the dental technician fabricated root-shaped (conical) stumps to prevent rotation. These were placed in the impression to fabricate the master model and extended with wax pins (Figs. 21–23). A new wax-up was prepared based on the updated aesthetic analysis and the outer cervical contour of the implant restoration was transferred to the model (Fig. 24). The anatomical shape of the emergence profile was then created with a fine milling machine. The implant crown was thus given a natural emergence contour. The papillae were slightly sharpened and smoothed to give an optimal gingival contour. The optimised shape of the papillae avoided concavities occurring later in the cervical, slightly subgingival ceramic areas, which are difficult to clean and can lead to irritation of the gingiva (Fig. 25). The wax-up was fitted with a pin at the implant position, which engaged with the implant interface for better fixation of the wax-up during try-in (Fig. 26).

A suitable abutment was selected from the CONELOG Esthomic abutment set and the silicone indexes based on the wax-up. In this case, the CONELOG Titanium base CAD/CAM was too low owing to the apical position of the implant shoulder. Therefore, the dental technician decided on a considerably longer, straight CONELOG Esthomic abutment, which was customized for use as a titanium bonding base (Figs. 27–29). He modelled a secondary abutment with wax on the customised titanium base (primary abutment), which was to be fabricated from zirconium oxide. Subsequent bonding with the titanium base resulted in a hybrid abutment with full anatomical contours, both in the palatally and subgingivally positioned emergence area through the soft tissue. Room was left on the buccally visible area for a pressed ceramic veneer to be fixed by bonding (Fig. 30). Using a double scan, the dental technician imported the 3-D shape of the primary abutment and the wax model of the secondary abutment into the planning software (Abutment Designer, 3Shape; Fig. 30).

Then the secondary abutment was ground from zirconium oxide ceramic with CAM technology and immersed unsintered into a fluorescent solution (Fig. 31). The screw channel was prepared prior to sintering. As zirconium oxide cannot be etched, the dental technician had to fire a thin layer of etchable, highly fluorescent zirconium oxide veneer ceramicon to the buccal surface and preparation margin of the hybrid abutment prior to modelling the cap for the pressed ceramic veneer (Fig. 32). Fluorescence ensures the transmission of light in the gingival area. This has a positive effect, particularly in the case of a thin gingiva. Then, the dental technician fabricated and veneered the pressed ceramic caps for the crowns and veneers (Figs. 33–35).

After a successful aesthetic try-in in the laboratory (Figs. 36 & 45), the individual parts were combined. First, the titanium base was sand-blasted and conditioned, then the secondary zirconium oxide abutment was conditioned. Both parts were bonded with special composite. Then the inner side of the veneer and the sintered zirconium oxide veneer ceramic of the hybrid abutment were etched with hydrofluoric acid, con - ditioned and bonded with dual-curing composite (Fig. 37). Then, the transition areas were smoothed and polished (Fig. 38).

The crowns were mounted by bonding and the implant-supported veneer crown was screw-retained (Figs. 39 & 40). This was followed by a careful check of the approximal contacts and function. The final X-ray confirmed successful osseointegration of the implant and harmonious emergence of the implant-supported restoration from the bone (Fig. 41). Figures 42 to 45 show the aesthetically successful outcome and a very satisfied patient.

The example demonstrates successful immediate implantation in the anterior maxilla of a female patient with a thin biotype and high smile line. In addition, the buccal bone lamella was missing, so that the bone and soft tissue had to be augmented as part of immediate implantation—without preparing a flap. This demanding task can only succeed when the surgeon and if applicable the prosthodontist and the dental technician work together as an optimal team and use suitable methods and materials. In the case presented, surgery and prosthetics were performed by the same dentist, who had been working together intensively for many years with the dental technician in the same location. At the beginning of treatment, the patient presented to the laboratory for an aesthetic analysis to give the dental technician a detailed understanding of the situation.

In order to obtain adequate tissue volume in the implantation area, the surgeon employed proven bone and soft-tissue surgical procedures. These included using a bone mixture for augmentation and a tunnel technique for thickening the buccal soft tissue.[10,11] The literature shows that stable tissue volume and a constant marginal soft-tissue border can be achieved in this way[5, 12] even in the case of an impaired implantation site with missing bone lamella.[8,13] This procedure is not (yet) recommended in the current consensus statements by the professional associations owing to difficult predictability of individual results.[14]

A large part of the treatment and technical work steps were performed with conventional surgical prosthetic and craft-dominated technical dental methods (analogue). Computer-supported planning was not employed, so that the surgeon was not guided but implanted freely in accordance with the surrounding structures. This requires a precise clinical and radiographic analysis of the initial situation, appropriate planning and a high degree of expertise. Impression taking also followed conventional techniques.

A speciality here is the use of a two-part hybrid abutment as the base for the pressed ceramic veneer. In order to obtain a biochemically optimal titanium bonding base, a straight CONELOG Esthomic abutment was customised in place of the alternative CAD/CAM component. The secondary zirconium oxide abutment was waxed up. Then, both components were scanned. This is where the CAD/CAM process came into play with the fine-tuning of the design on the screen and machine fabrication of the zirconium oxide secondary abutment. Despite using a titanium primary abutment, the dental technician achieved a natural light effect by the consequent use of fluorescing materials.

As all components of the implant-supported restoration were bonded in the laboratory, the dentist was able to screw them in place together as a single piece and in a single session. This meant fewer treatment sessions for the patient, who did not have to return to the practice after impression taking until final insertion. The aesthetic try-in before final bonding of the individual parts was performed in the laboratory. The procedure described is only possible in close cooperation and with full confidence between the team partners.

Editorial note: A list of references is available from the publisher. This article was originally published in CAD/CAM_international magazine of digital dentistry 03/2014.

Everything BioHorizons and Camlog

A touch of New York in Lisbon: BioHorizons Camlog at EAO 2019

LISBON, Portugal: From 26 to 28 September, BioHorizons Camlog will be present at the 28th Annual Scientific Meeting of the European Association for Osseointegration (EAO 2019) in Portugal. The company will offer an extensive programme for congress visitors. 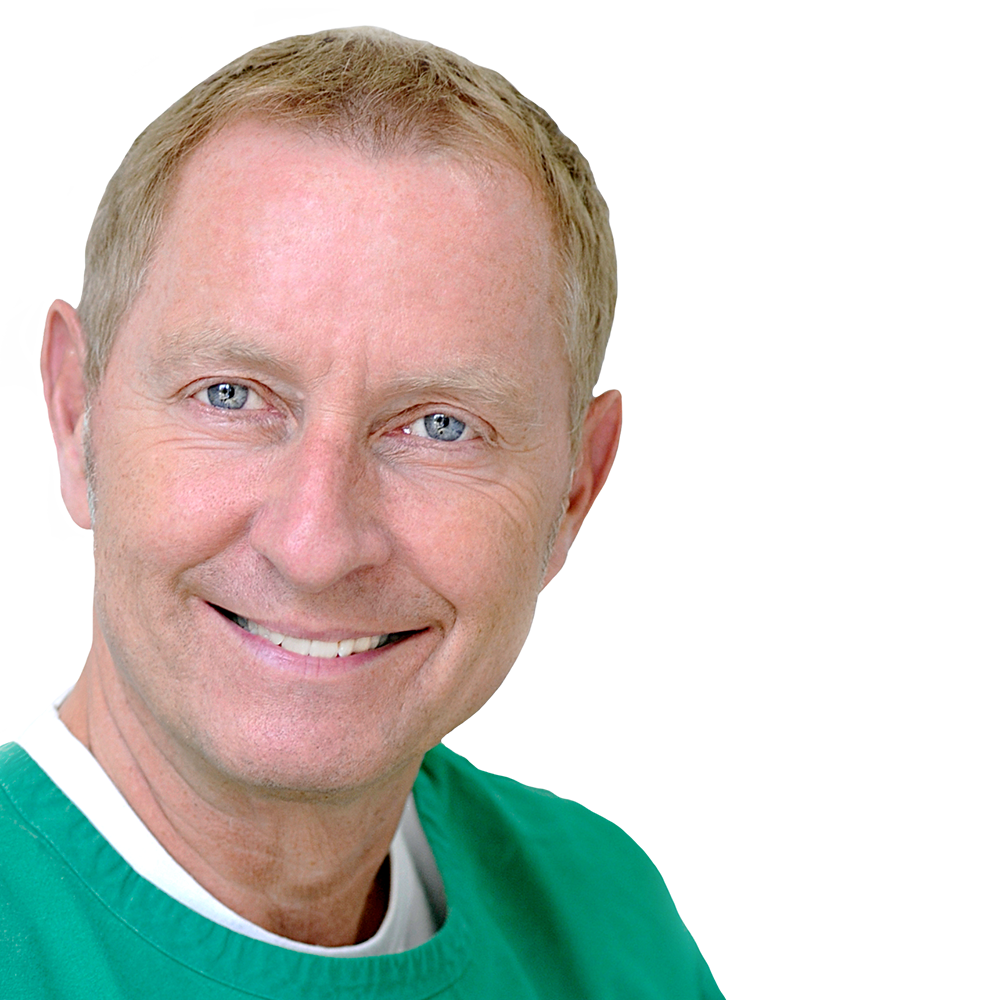