GC was founded in 1921 in Japan. (Image: r.classen/Shutterstock)

As part of this, Dr Kiyotaka Nakao, president and CEO of GC Corp., has officially launched a specially designed centenary brand and slogan to be used during the anniversary year across all GC companies worldwide.

The custom brand design originates from a competition that GC held among all its associates to create a symbol that represents the company vision and tradition of excellence in dentistry. One of the company’s guiding principles is that of nakama: the united spirit of cooperation among all associates in working towards a shared goal. The chosen centennial symbol therefore truly represents the company values and embodies its unity across all job titles and continents. 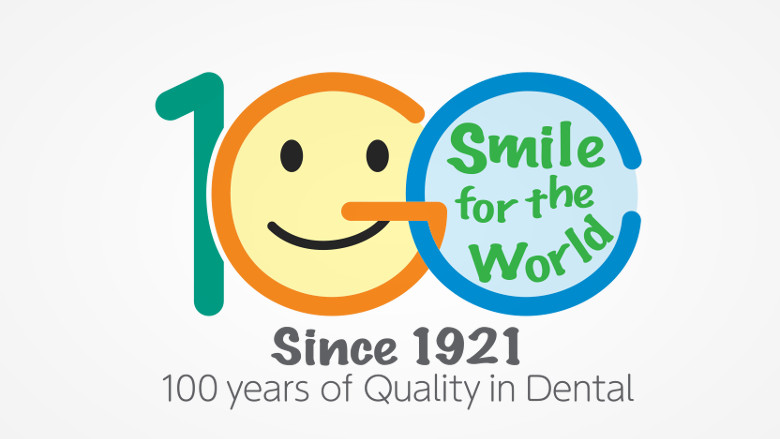 The new GC graphic features the number 100 incorporated into the design and is paired with the slogan “100 years of Quality in Dental”. (Image: GC)

The brand is an adaptation of the Smile for the World symbol that GC has used since 2017 to represent the company’s commitment to improving the quality of health of the world. The slogan reflects GC’s commitment to “make further contribution to improving the quality of the dental world”. It is also in alignment with GC’s naming of the 21st century as the “Century of Health” and its striving to be the world’s No. 1 manufacturer of dental care products and to support the vitality and well-being of people all over the world.

As a privately owned global company, GC enters its 100th year with renewed commitment to its ideals as a workforce and a legacy that honours its founders. The new brand captures this very essence and will take the company far beyond its centenary.

BAD HOMBURG VOR DER HÖHE, Germany: It is estimated that every seventh child in Germany is affected by molar incisor hypomineralisation (MIH). Besides the aesthetic aspect caused by the abnormal colour and shape of the teeth, this enamel formation disorder often causes severe pain. Owing to the high number of affected patients and in promotion of the 100th anniversary of GC Corp. next year, GC Germany will be holding an online symposium from 28 September to 2 October. The event will be dedicated to the topic of MIH and is aimed at general dentists, dental technicians and orthodontists.

ALSIP, Ill., USA: Dignitaries and distinguished dental professionals from all over the United States came together on Friday, July 26, to celebrate the grand opening of GC America’s new home at 3737 127th St. in Alsip, Ill. The new building is now accommodating more than 200 associates and features a state-of-the-art education center, which consists of an all new seminar hall, training laboratory and operatory.