The ratification of the Minamata Convention on Mercury has promoted research into dental amalgam alternatives, such as glass hybrids and composites. (Image: Sergii Kuchugurnyi/Shutterstock)

Glass hybrids versus composite: Efficacy and cost-effectiveness in a multicentre clinical study

Through the Minamata Convention on Mercury in 2013, the countries of the EU committed themselves to completely or largely eliminating mercury-containing industrial products such as dental amalgam from the supply and disposal cycle by 2030.1 In 2020, the EU came to the conclusion through an expert opinion that not only the planned phase-down but even a complete phase-out of dental amalgam is possible. Accordingly, dental amalgam is becoming a material of the past.

In Germany and many other countries, however, this development had already been apparent for some time without the Minamata agreement. Modern tooth-coloured restorative materials such as composites or glass ionomers enable metal-free restoration of tooth structure defects with better aesthetics and less substance loss during preparation.2

While composites have advantageous physical properties, such as high flexural strength, their use is technically demanding. Although the dental industry has been able to significantly reduce the complexity of the treatment steps required for placing a composite filling in recent years, even modern one-step adhesive systems in combination with bulk fill composites—which often have to be applied in at least two increments, depending on the cavity dimensions and material—still require step-by-step application and adequate drying. In addition, composites exhibit an increased risk of secondary caries, especially at the gingivo-cervical margins, compared with amalgam, and the time-saving materials mentioned may be particularly problematic in this respect.

Glass ionomers, however, were long considered to be temporary materials with a limited longevity of use in the posterior region. This was largely due to the physical properties of these materials, which exhibited low flexural strength and limited abrasion resistance. Aiming to eliminate these disadvantages, advanced high-viscosity glass ionomers covered with a light-polymerised resin coating have been introduced.3

In 2015, a newer class of restorative materials was launched, the glass hybrids. These materials are fluoroaluminosilicate glasses reinforced with a second, smaller and more reactive silicate particle and acrylic acid molecules with higher molecular weight, which can increase the matrix cross-linking and, consequently, the mechanical properties of the material.4, 5 A nano-filled resin coat is used to cover the restorations and is supposed to increase the resistance of the material to mechanical forces5, 6 and allows greater surface stability and aesthetics. Even if the resin coat is subject to certain wear in the masticatory load-bearing area, it can still be reapplied, and thus, above all, the problem of abrasion stability can be largely eliminated.5

In a recently published study, a modern glass hybrid material was tested for the first time against an established composite material for the restoration of two-surface, occlusal–proximal restorations in molars, that is, in the load-bearing area. This was a randomised controlled clinical trial in which patients with two molars in need of restoration were randomly assigned to receive the glass hybrid material in one molar and the composite material in the other molar; the materials were then compared in the same patient.7 The special feature of this study was the large number of patients. Moreover, it took place in four different countries—Croatia, Serbia, Italy and Turkey. In all four countries, patients were treated in university hospitals. Patients had to be at least 18 years old and demonstrate tooth sensitivity to the vitality test. A total of 180 patients, each with a pair of molars to be restored (i.e. 360 molars), were included.

The teeth were first cleaned, local anaesthesia was applied, the molar to be restored with composite (Tetric EvoCeram, Ivoclar Vivadent) was isolated using a dental dam, and the molar to be restored with a glass hybrid (EQUIA Forte, GC) was isolated using cotton rolls, and then the cavity preparation was performed. Segment matrices (Palodent Plus, Dentsply Sirona) were used to shape the proximal contacts. A two-step self-etching adhesive system (AdheSE, Ivoclar Vivadent) was applied in the composite group according to the manufacturer’s instructions. Cavities in the glass hybrid group were conditioned with 20% polyacrylic acid (CAVITY CONDITIONER, GC) prior to placing the restoration. Both materials were then applied according to the manufacturers’ instructions, and the glass hybrid was subsequently coated with a nano-filled resin coat (EQUIA Coat, GC).

Patients were followed up for a total of three years; the planned overall follow-up duration is five years. Each patient was examined by two blinded, independent and calibrated investigators using the FDI World Dental Federation criteria.7 Statistical methods were used to determine the mean time to complication for both groups. Furthermore, the costs for the initial and subsequent treatments within the study period, for example for restorative, endodontic or surgical complications, were determined. For this purpose, fee items from the fee schedules for dentists of the various countries were used. It should be mentioned that these fee schedules are applied very differently in the four countries and that the costs in the analysis were determined from a university setting perspective instead of that of a private practice. To allow comparability across the four countries, costs were harmonised using the 2018 purchasing power parities8 and expressed in US dollars per tooth. Cost and efficacy differences, that is, the difference in US dollars per gain or loss in complication-free time (in months), were finally calculated, and stratified analyses were performed for each country in addition to the main analysis.

Of the 180 patients, significantly more were treated in Croatia and Turkey than in Italy and Serbia. In Italy, the patients were older than in the other three countries. A total of 32 patients could not be followed up during the three-year study, and 21 patients (27 molars) required follow-up treatment owing to complications. The two materials showed limited differences in complication-free time. Broken down by country, the survival time of glass hybrids tended to be longer than that of composites in Croatia and Italy and tended to be shorter in Serbia and Turkey. Overall, however, the differences were minimal and not statistically significant. 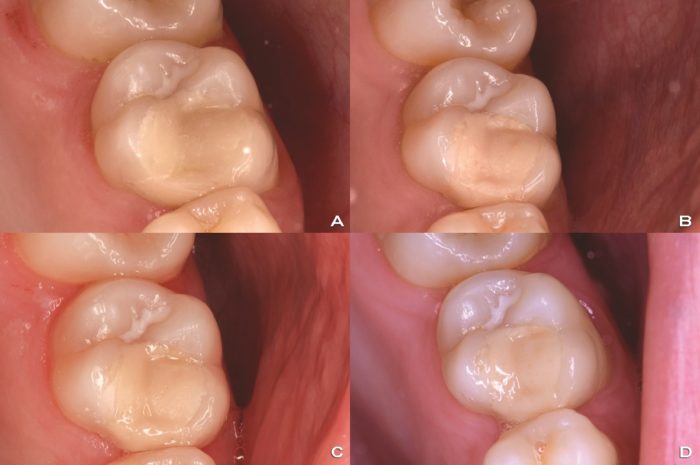 The results were completely different for the costs. (Table 1) In Croatia, Serbia and Turkey, composite was initially significantly more expensive than glass hybrid. In these three countries, the use of glass hybrid also saved money over the entire study period. When looking at the cost-effectiveness difference, it became clear that any effectiveness advantage of composite was minimal, but the cost difference was relatively large. Overall, each additional month without complications for the composite compared with the glass hybrid group cost US$270. However, with slight variations in this value in the different centres, this exact pattern was also confirmed in the four different countries.

The results of this study are relevant on many levels. It is a large randomised controlled clinical trial conducted in four different countries. The high methodological quality and randomised design confer high internal validity, and thus the study results are presumably robust. Based on the fact that the study results were similar across the four centres in very different patients, the external validity, that is, the generalisability of the study results, can also be assumed to be high. In addition, a high methodological standard was implemented: the investigators were blinded (as far as this was possible as glass hybrid restorations and composite will have been identifiable for the investigator in individual cases) and calibrated before the examinations, and established examination criteria were applied. The consideration of multiple end points, such as complication-free time and cost-effectiveness, should also be emphasised.

This study is one of the first to compare the two existing amalgam alternatives, composite and glass hybrid, in such a design and for a crucial indication—restorations in the load-bearing posterior region (Fig. 1).2 The results are relevant, among other things, because even in this difficult indication, glass hybrids performed overall on a par with composites (with minor differences between countries). It is also relevant that glass hybrids were significantly more favourable than composites in almost all the centres when it came to costs—both initially and in the long term. The latter in particular should be emphasised, as long-term cost-effectiveness can be significantly influenced by complications over the follow-up period. Numerous studies in dentistry have shown that initially less expensive interventions are not necessarily cost-effective in the long term; a high degree of complications may well offset initial savings and make an initially less expensive alternative more expensive in the long term.9, 10 This was not the case in this study; glass hybrids were initially less expensive in three centres, and they were able to maintain this cost advantage in the long term, partially because the complication rates of glass hybrids and composites were similar.

It must be added that, based on this one study, it is not yet possible to make a complete generalisation of the results; the data on glass hybrids for use in larger load-bearing posterior cavities are so far of limited quantity. Although in vitro studies and the present randomised controlled trial are promising, further robust clinical data, ideally from practice-based multicentre studies, should be collected before a final comparison between glass hybrids and composites can be made for this indication. Nevertheless, it should be emphasised once more that glass hybrids show an amalgam-like application. Moreover, the study confirmed a clinical performance similar to that of composites and a high cost-effectiveness.

Editorial note: A complete list of references can be obtained from the publisher. The study, titled “Cost-effectiveness of glass hybrid versus composite in a multi-country randomized trial”, was published in the April issue of the Journal of Dentistry.

Glass hybrids versus composite: Efficacy and cost-effectiveness in a multicentre clinical study

Through the Minamata Convention on Mercury in 2013, the countries of the EU committed themselves to completely or largely eliminating mercury-containing industrial products such as dental amalgam from the supply and disposal cycle by 2030.1 In 2020, the EU came to the conclusion through an expert opinion that not only the planned phase-down but even a complete phase-out of dental amalgam is possible. Accordingly, dental amalgam is becoming a material of the past.

BAD HOMBURG VOR DER HÖHE, Germany: It is estimated that every seventh child in Germany is affected by molar incisor hypomineralisation (MIH). Besides the aesthetic aspect caused by the abnormal colour and shape of the teeth, this enamel formation disorder often causes severe pain. Owing to the high number of affected patients and in promotion of the 100th anniversary of GC Corp. next year, GC Germany will be holding an online symposium from 28 September to 2 October. The event will be dedicated to the topic of MIH and is aimed at general dentists, dental technicians and orthodontists.